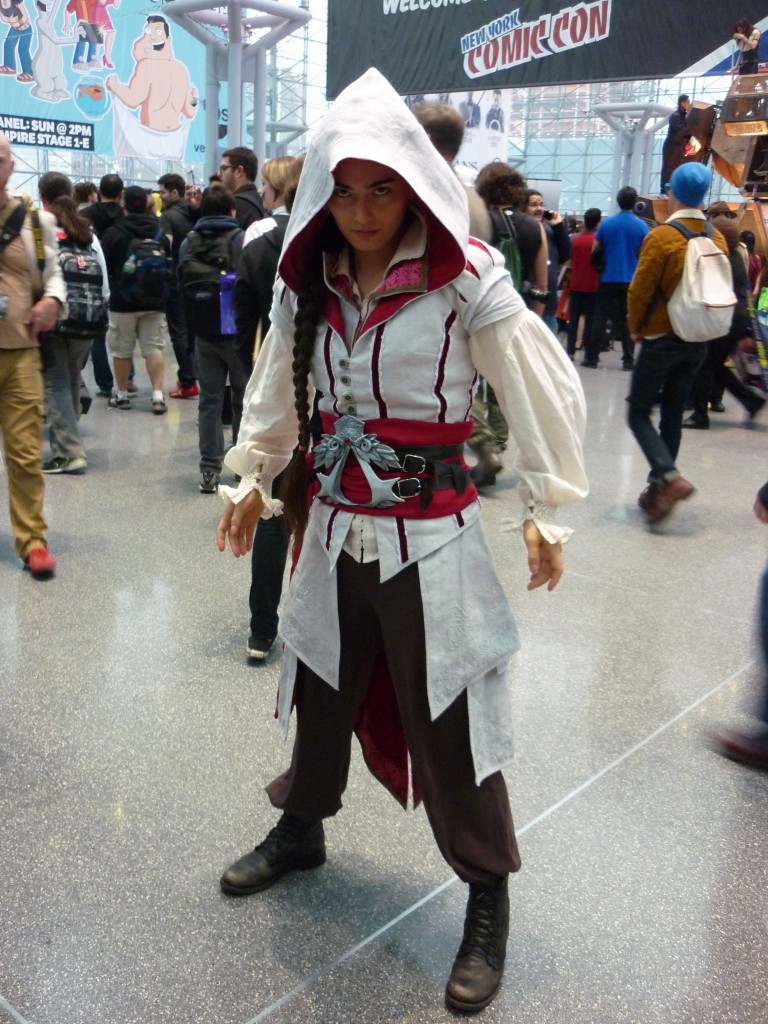 My cosplay of Ezio Auditore da Firenze, as worn at NYCC 2014. Yes, I forgot the cape. I facepalmed when I got home that night and saw it still hanging there in the closet. Thanks to Kathleen for taking the picture.

I promised a few people I’d blog the construction of my Ezio cosplay, plus I’ve been meaning to start a blog for ages, so, well, here it is. The costume isn’t quite done, but I’ve worn it a few times now and I figure I might as well document the work that’s gone into it so far.

In summary: everything except the boots is handmade, by me, mostly over the summer of 2014. I’ll get into the details of each individual piece later, but that includes a shirt, vest, and hooded doublet with trimmings and embellishments, sculpted belt insignia with straps and buckles and so forth, and cape. I still need to do the hidden blade and vambrace and so forth, and I want to rework the belt with some sturdier straps, but I’d say about a hundred hours of work have gone into this so far. I didn’t keep close track, but I know that the embroidery alone took six audiobooks to get through and then there was drafting, sewing, embossing the velvet, attaching trims, etc.

I used a sewing machine for construction, and even serged a couple of the edges before binding them, so it’s not really a rigorously historical project. It’s a video game costume not a reenactment piece. But a lot of the details and basically all of the embellishments were done by hand, because that’s how I like to work. At some point I might re-do the bindings since they’re the only place where the machine stitching is really visible, but I’ve got some other bits and pieces to finish off before I get to that point.

I’ll leave you with this, as a sort of preview: 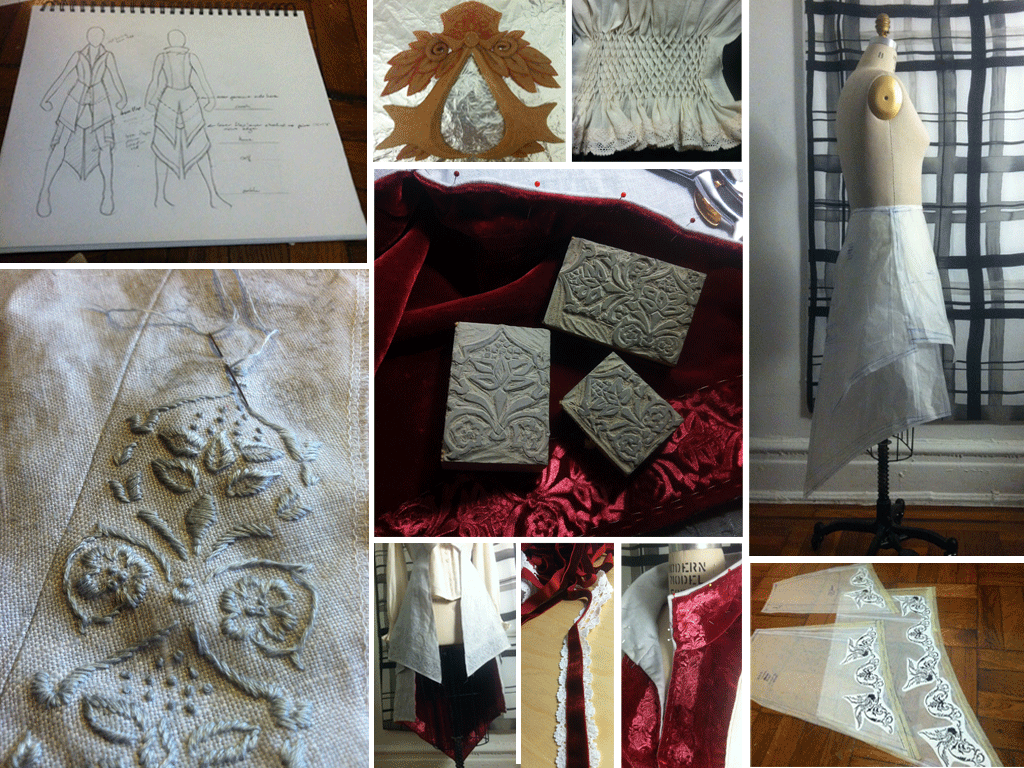