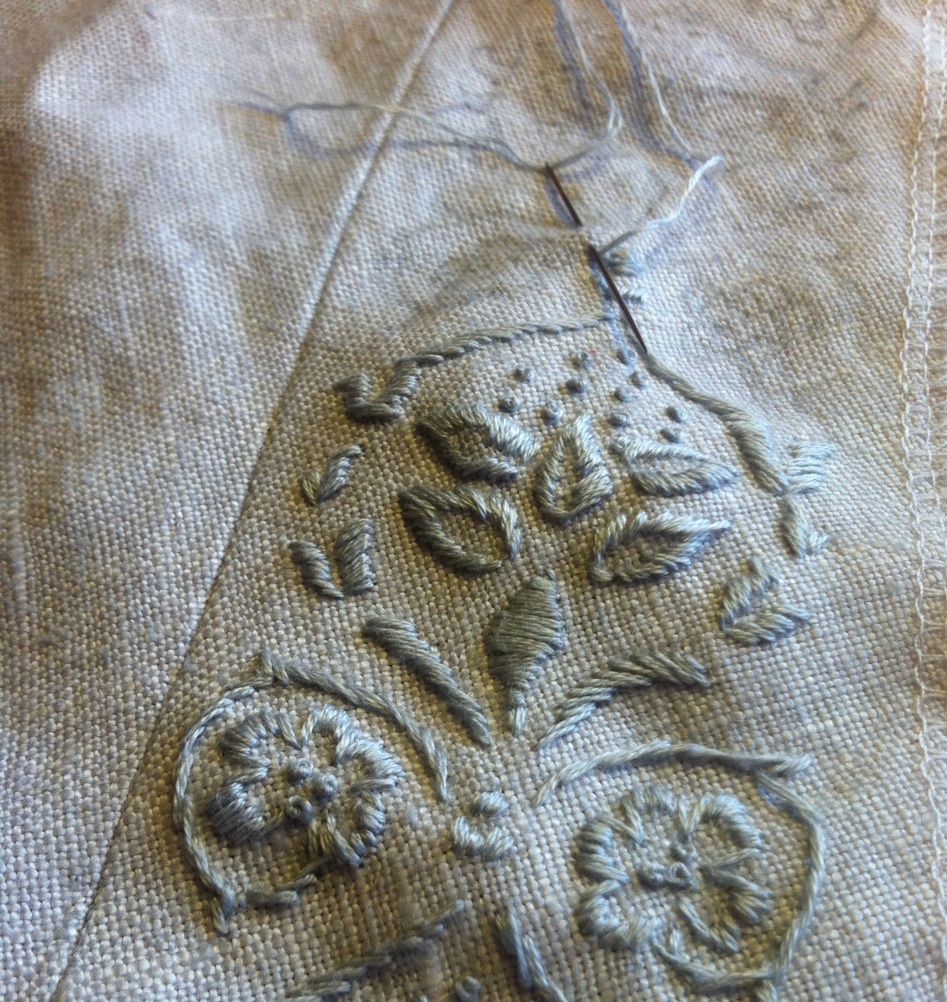 So, once I’d traced out all my embroidery designs the fun really started. Incidentally, most of the events of that post occurred over the course of an all-nighter immediately preceding a six-hour flight to Albuquerque. The idea was that I needed to get all the tracing done so I could start my epic embroidery journey on the plane. What actually happened was that I did all this scrambling and then slept all the way to my family reunion, and got maybe one panel embroidered over the whole trip. Yeeeeeep. 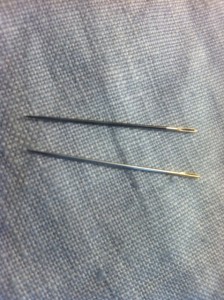 I didn’t know before starting this project that wearing out embroidery needles was a thing you could do. Turns out they get sticky and obnoxious to use when you wear off the finish.

Taking my cues from that one promotional image you see everywhere, I had selected a thread one shade darker than the linen for the border design and one shade lighter for the gryphon and scroll motifs. (DMC shades 415 and 762 respectively). The results are subtle; almost too subtle to read properly when photographed. Up close, though, I think the effect is worth it.

I didn’t try to get particularly fancy with the embroidery. I filled in the lines as drawn, and tried to be reasonably consistent about the size and direction of my stitches. Dots were rendered as French knots for a bit of texture. Since the motifs were so repetitive I gradually settled into an efficient stitching order for each design, and I made some little refinements to my stitch pattern and technique as I went, so the last couple repeats look better than the first few. I don’t think you’d notice much difference without being close enough to wipe your nose on it, though. (Please nobody do that.)

When I got home from the Albuquerque trip, I had less than a month to turn this thing into something wearable before I flew out to Seattle for PAX. I bid farewell to any semblance of a social life and spent the next two weeks embroidering four or five hours a night, as fast as my hands would go.

I didn’t actually keep track of the exact time I spent, but my iTunes library indicates I got through five complete audiobooks totaling about 46 hours, and that doesn’t include any of the work I did during the trip. So probably well over fifty hours of embroidery in well under a month. I used six skeins of the dark gray floss and four of light gray, destroyed the finish on four or five embroidery needles, and ate popcorn for dinner more times than I should really admit.

It’s amazing how important things like posture and lighting become under those conditions; I often sit on the floor next to my coffee table but discovered that long shifts of that are a speedy road to eye strain and back pain. Propped on my couch with a task lamp overhead I fared much better.

I am, well, a bit ridiculously pleased with the way it came out. I make no claims to perfection; in fact I promised myself that if I ended up with extra time I’d rip out the first two scroll designs and redo them. (Spoiler: I didn’t have time.) It’s more the cumulative effect of the thing—like the sheer mass of love and attention I put into this beast outweighs any little irregularities that I would otherwise have been inclined to torture myself over. It’s immensely satisfying, and I think it’s something I’ll be looking for in my future projects. 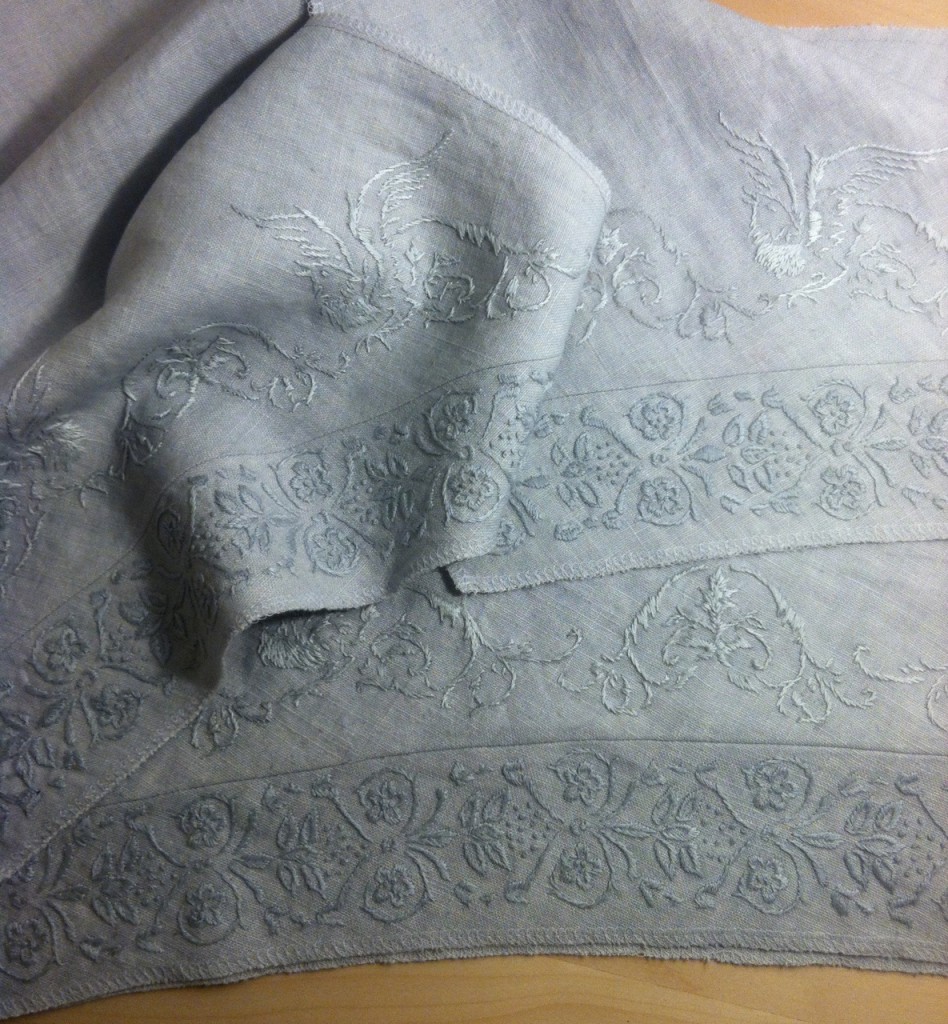 
Spent my snow day finally making some progress on